ACI Program from MACRA to Overhaul Meaningful Use 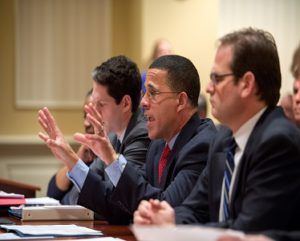 We’ve recently looked at the Medicare Access and CHIP Reauthorization Act of 2015 (MACRA) and its overhaul of Medicare, specifically with the revamping of quality reporting systems (Meaningful Use and PQRS). The Centers for Medicare & Medicaid Services (CMS) has just released new important information on MACRA that directly affects how providers use electronic health records (EHRs) and Meaningful Use.

The CMS has updated one of the key components of MACRA: the Merit-Based Incentive Payment System (MIPS). As we went through in our MACRA breakdown, MIPS takes parts of the old quality reporting systems such as Meaningful Use (MU) and the Physician Quality Reporting System (PQRS) and creates a new comprehensive system.

The updated MIPS incorporates a program called Advancing Care Information (ACI) to replace Meaningful Use. The ACI promises to be “more patient-centric, practice-driven and focused on connectivity”, and specifically focuses on revamping the Meaningful Use’s interaction with EHRs.

ACI Replaces Meaningful Use in MIPS

The CMS came to the conclusion that many providers had already reached: Meaningful Use was near-impossible to accomplish because of the extensive requirements, and how fast providers had to transition to an EHR. ACI was created to overhaul Meaningful Use into a system provider can manage. The inclusion of the ACI is focused on three goals:

The ACI is focused on becoming a “more flexible, outcome-oriented and less burdensome proposal” than Meaningful Use.

Details of the ACI

The ACI differs from Meaningful Use in various ways; the CMS highlights the key operational differences:

It’s important to note that Advancing Care Information would affect only Medicare payments to physician offices, not Medicare hospitals or Medicaid programs.

The implementation of ACI is another step towards finding an interoperable solution for providers and EHRs. It revamps a system which was largely ineffective and cumbersome for most providers.

This proposal, if finalized, would replace the current Meaningful Use program and reporting would begin on January 1, 2017.

The CMS website has comprehensive information on the Quality Payment Program (MACRA) and the ACI.