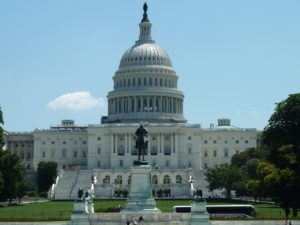 News about the recent partial shutdown of the government focused on the 800,000 plus workers who were either not working at all or working without pay. Those workers were understandably concerned about how they were going to pay for their mortgages, rents, insurance, or any cost associated with their own health.

As the weeks passed, and the shutdown continued to be in effect longer than any other shutdown in U.S. history, we began to hear reports associated with the side effects of this shutdown –  damage to national parks, trash piling up and sewage overflowing since the sanitation workers were furloughed.

Those receiving certain welfare benefits would be okay for another month, but after that, if the shutdown continued, no one knew what would happen. One thing we did not hear about was the effect of the shutdown on health services.

Why Was the Government Shut Down?

In a nutshell, the U.S. Constitution provides for the House of Representatives, the Senate, and the president to agree on how to spend government money. This is done by way of an appropriations bill which allocates funds to various government agencies or projects.

Every year, funding for certain agencies comes up for renewal and funding must be reallocated to the agency in order for it to continue functioning. If the deadline for allocation passes without a new spending bill being approved, those specific agencies cannot function. Thus, they are shutdown.

This is not the first time a shutdown has happened. Each government agency has developed a contingency plan on how it will function if it is affected by a shutdown. Certain employees are designated as essential. They continue to show up for work. Although they are not paid during the shutdown, they are almost 100 percent assured of receiving payment when the shutdown is over.

Other employees who are designated as nonessential employees are “furloughed,” meaning they do not show up for work. When the shutdown is over, they return to work, but they do not get paid for the amount of time they were not working due to the shutdown.

On January 25, 2019, Congress and the president agreed on temporary funding for the agencies that had been shut down. They agreed to work together for a solution for the next three weeks, but another shutdown remains a possibility.

The Shutdown: How it Affected Medical Practices

In previous shutdowns, medical practices have been adversely affected, suffering substantial delays in paying claims and disruption in meaningful use attestations. Although the recent shutdown should not have a tremendous effect on healthcare, medical practitioners may still see some problems stemming from the extended shutdown.

Medicare and Medicaid. The Centers for Medicare and Medicaid Services (CMS) are not subject to the appropriations process that was the subject of the recent shutdown. The fully funded until September 30, 2019. The processing of claims is considered an “essential” duty, so in theory, Medicare providers should not have experienced any change in the handling of their claims.

HHS furloughed more than 40,000 employees, so it is likely that paying of claims will be slower than usual. With the staff shortages, it seems almost inevitable that reimbursements and other payments will be delayed.

Although at this point, providers and beneficiaries are protected, the amount and timeliness of CMS support may vary depending on how the government shut down plays out.

FDA suspended inspections. There is still quite a concern about the effect of the shutdown on the health of the general public. The Food and Drug Administration (FDA) suspended its inspections, which may result in an outbreak of foodborne illnesses. This may create a greater demand for physician services.

The Shutdown and Meaningful Use

Although Health and Human Services (HHS) which oversees CMS furloughed 24 percent of its employees, this was not supposed to affect CMS and its handling of meaningful use and incentives for attestation.

If another shutdown occurs in the near future due to a controversy over appropriations, CMS will still not be affected. There may be a shutdown coming in the future when the parties are expected to disagree about the debt ceiling. That type of shutdown may CMS operation and could create some problems for meaningful use incentives.